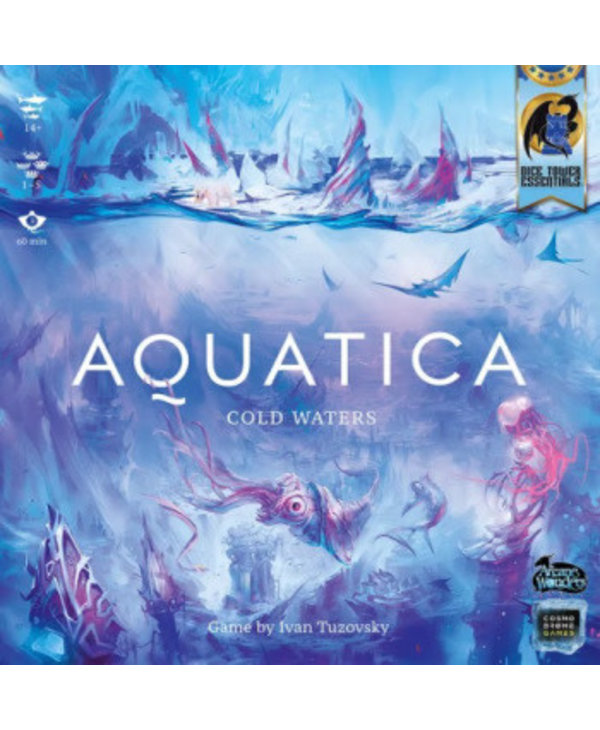 The Great Kingdoms of Aquatica have prospered for centuries…

Now climate change brings new currents to their waters. With them come to the ruthless rulers of the north along with mysterious new creatures. Competition becomes more cruel, forcing the Kings to go deeper in their search for resources… while the wild tribes of the ocean, displaced from their homes, offer their skills and powers to anyone who can pay for them!

Citizens of Aquatica were surprised to find out that polar seas were full of life – unusual and unfamiliar. They still had no idea that several northern nations also discovered wealth and prosperity of Aquatica. And they are ready to fight for resources.
The Royal City is down in ashes after volcanic eruption, panic is everywhere. Even 4 brave Sea-Kings, who started a fight for the Crown of Aquatica, didn’t even pay attention to reports about weird creatures in the outskirts of the Empire… And so The Polar Invasion begins!
The expansion Aquatica: Cold Waters consists of several modules. It includes all necessary components for the fifth player, which can be used with the basic game, but also brings new type of locations, new cards of Ocean’s creatures, and alternative mechanic, replacing the goal-track in the basic game.