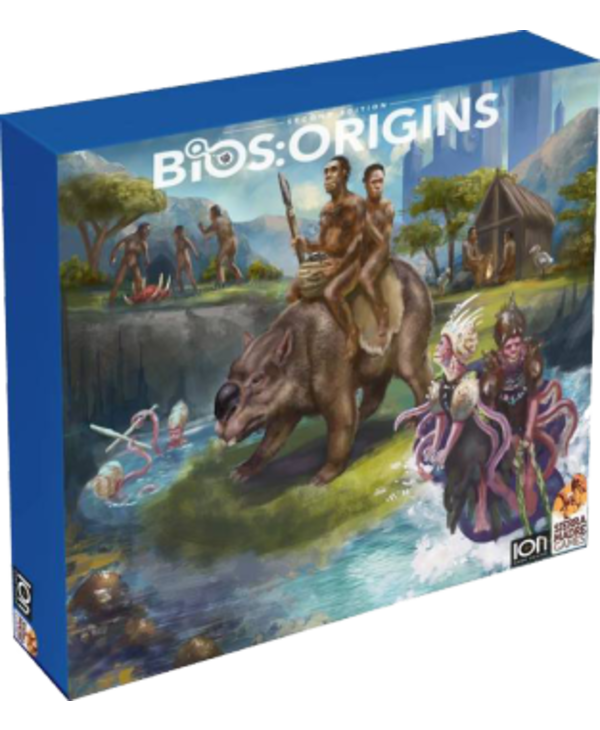 Represent an intelligent species developing technologies, economics, politics, and consciousness in Bios:Origins Second Edition. This is the 3rd and final game of the Bios trilogy.

We have reworked the game Origins from ground up, keeping its bottom-up take on civilization games, but with new features to integrate it with the arc from the predecessor games Bios:Genesis and Bios:Megafauna (second edition). The old Origins had dice, these are gone, but the classic map is retained.

Bios:Origins include 2 maps. One traditional Earth map and one more empty ocean map. New is a hexgrid, found on the back of the map board, for building custom maps. This can be used to to create custom maps using the punch out hexes included in Bios:Origins or recreate the cratons from an end state of Bios:Megafauna (second edition) if you are playing a trilogy campaign game.

The empty ocean map can be used in your Bios:Megafauna game too if you want, while playing that.

The cards have been sorted in categories of Culture, Politics, and Industry, and a Market has been added. Designers: Phil Eklund & Jon Manker.