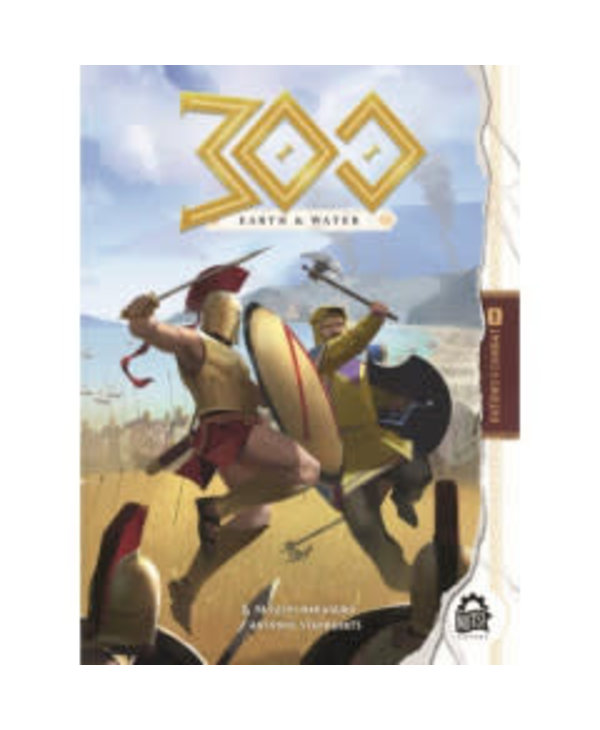 Ionia rebelled against Persia's rule and Greece supported it, with Persians that attacked Macedonia from land and sea. The two forces fought each other in different famous battles, battles that are written in history.

300: Earth & Water is a strategy game for two players. One player controls the Greeks, guided by Athenians and Spartans, and the other controls the Persians, led by the King of Kings, to see who will is to control more cities than their opponent.

The game is based on a "card driven" system, and players raise armies and buy cards during preparation; cards that can be used to play an event or move an army or fleet. Events can provide advantages in battles or interfere with the enemy’s plans, creating setbacks for the opponent, but victory is mainly achieved through military action as well as both land and naval battles.

Players should use all their strategic skills to move their armies across the board, conquering cities and, at the same time, keeping the supply routes open to support their armies, because the war is based on multiple “waves”, and providing supplies could be decisive for the outcome.

Each game will change dramatically according to the order the events occur, so every game is different from the other, with a short playing time and with a wide range of strategies for both factions, giving to both players the chance to win.

Be the master of land and sea!